The following is a brief history of Yanpochen Monastery as told by the 14th Shamar Rinpoche, who is now building a new shedra at Yanpochen. 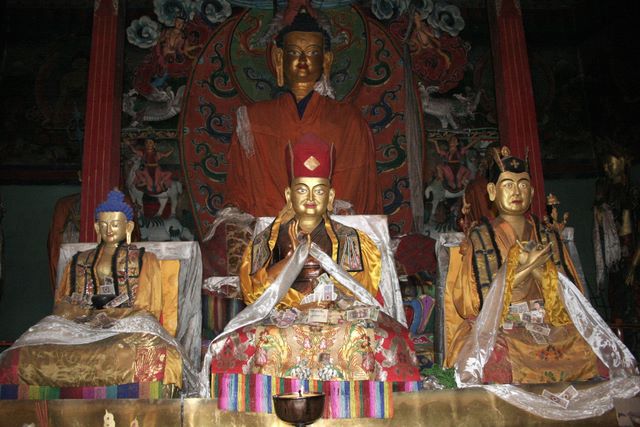 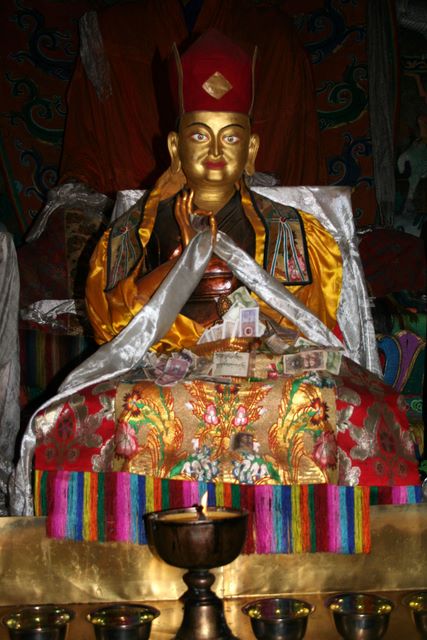 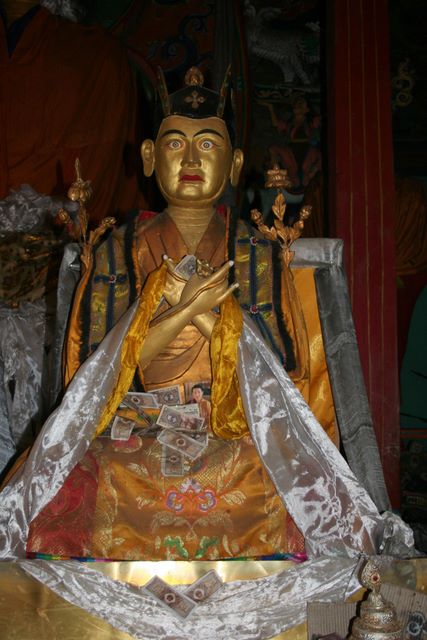 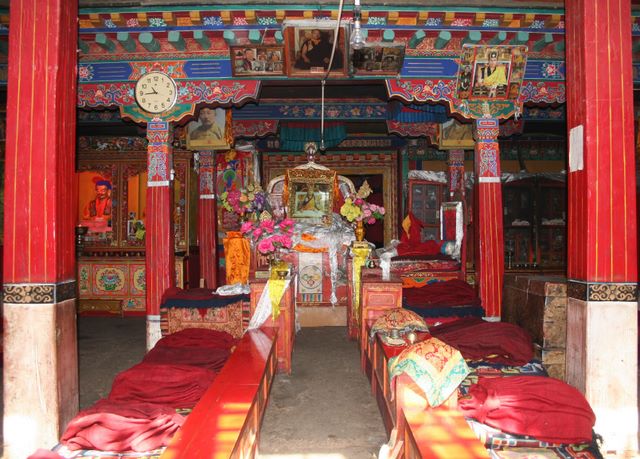 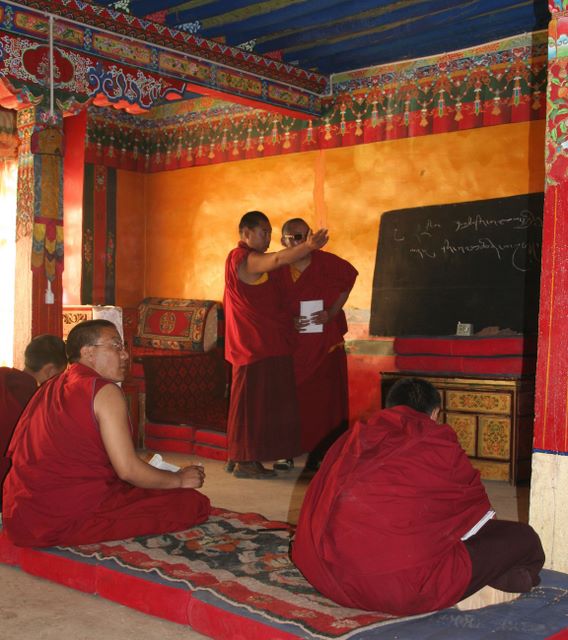 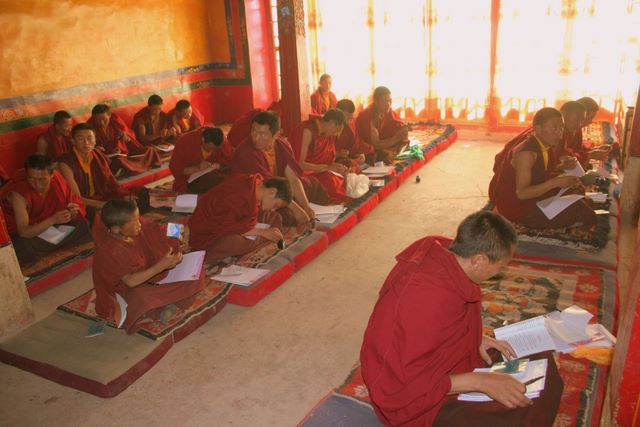 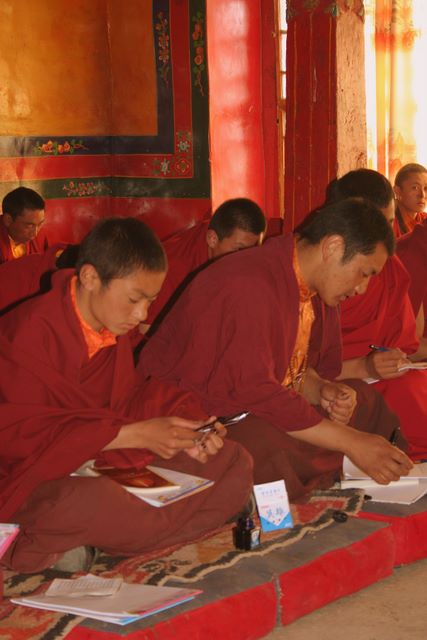 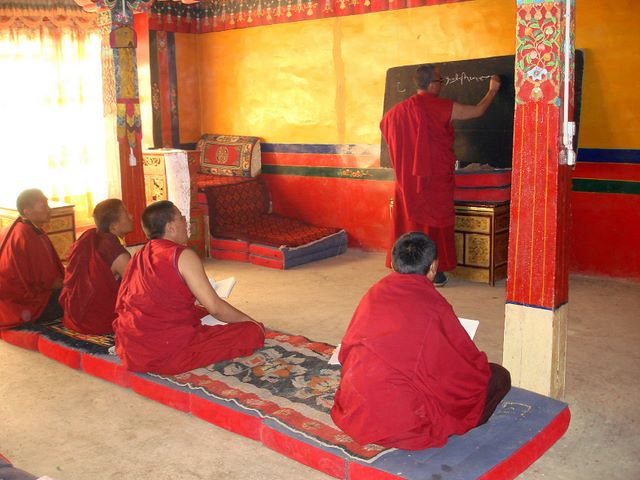 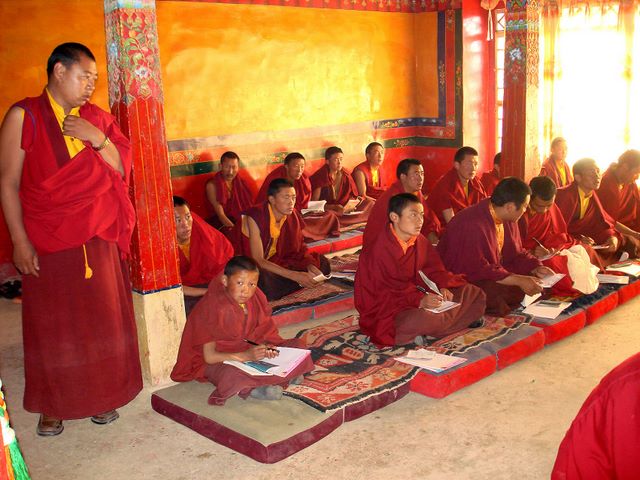 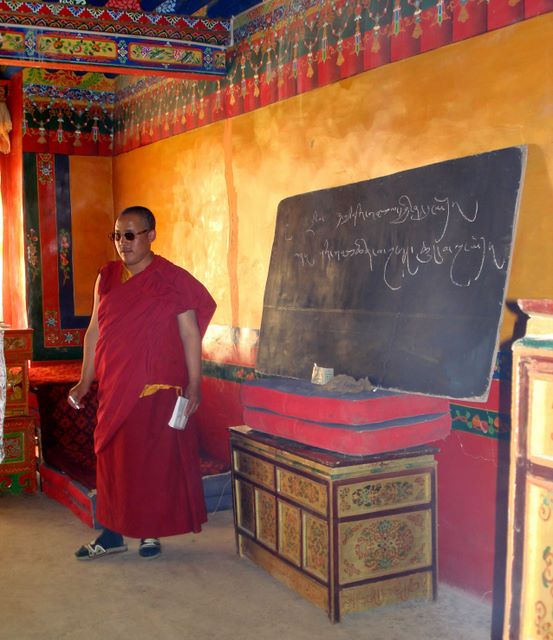 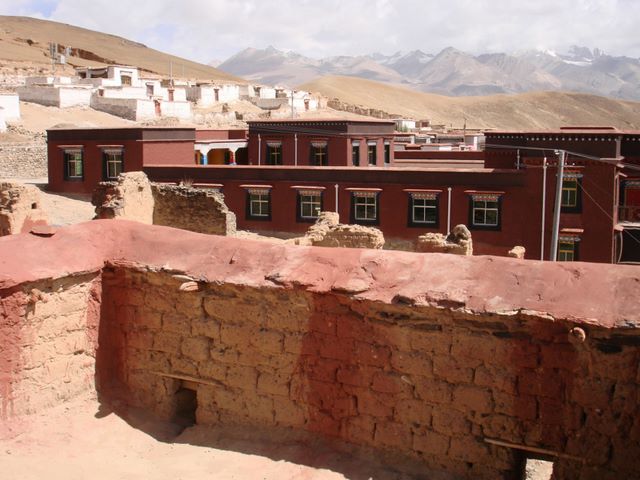 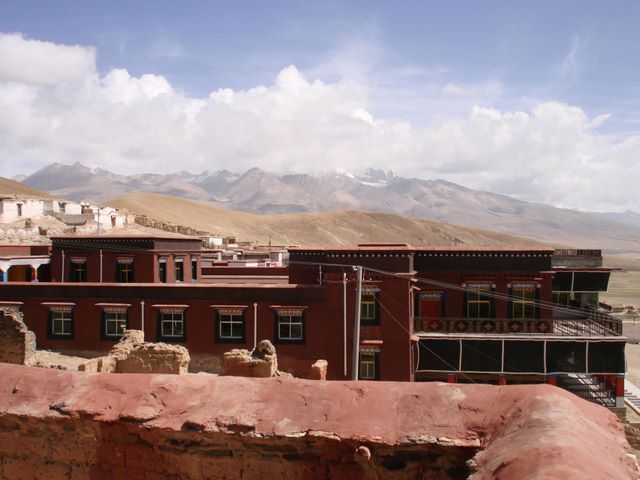 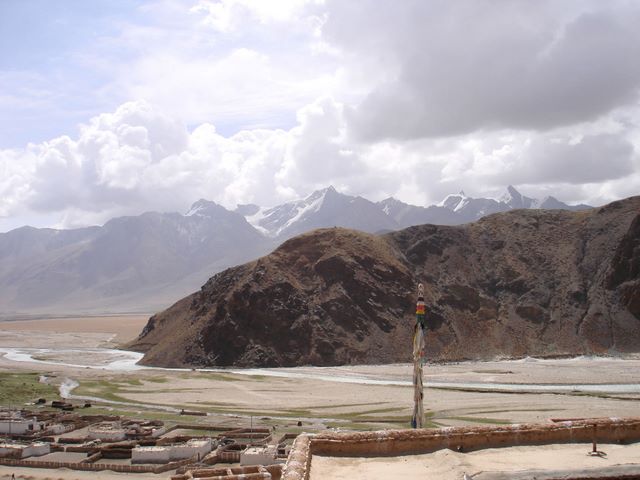 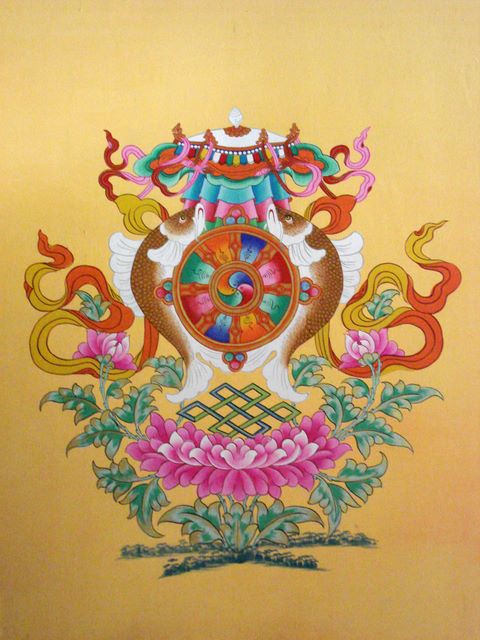 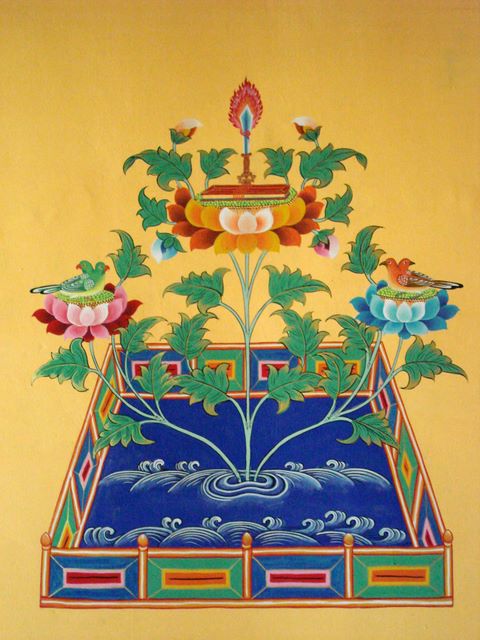 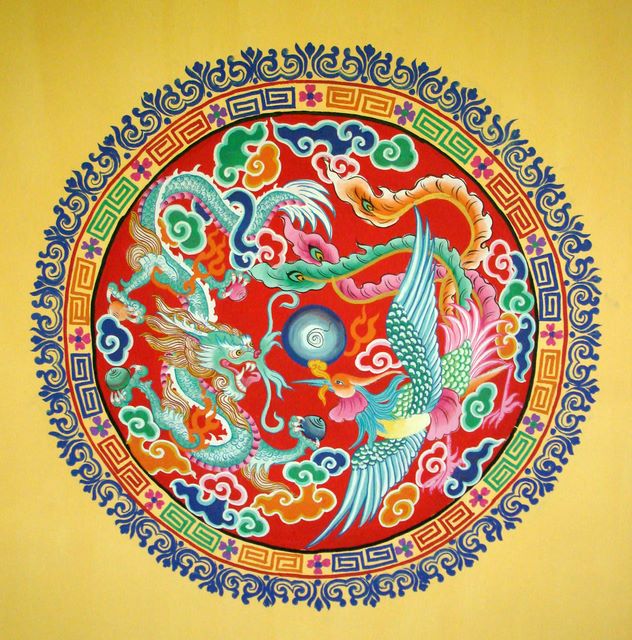 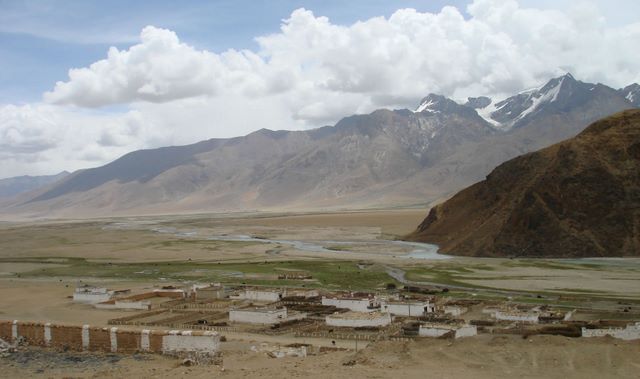 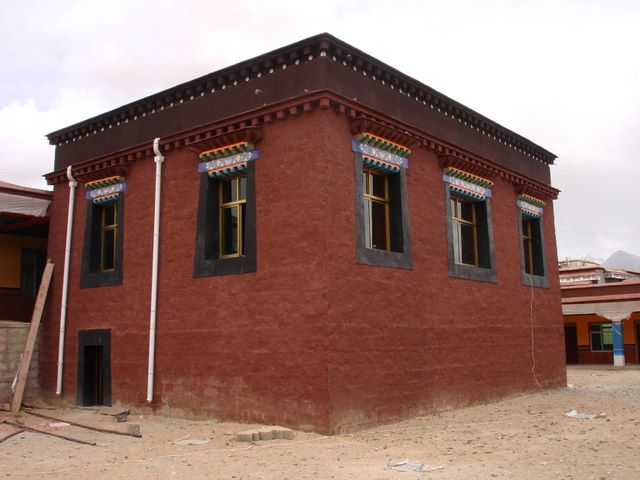 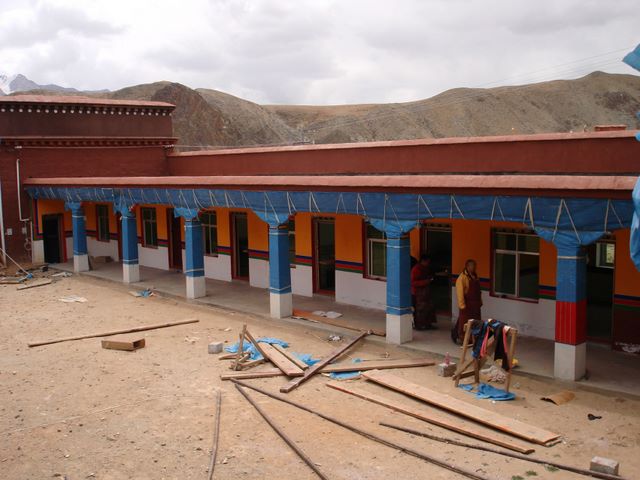 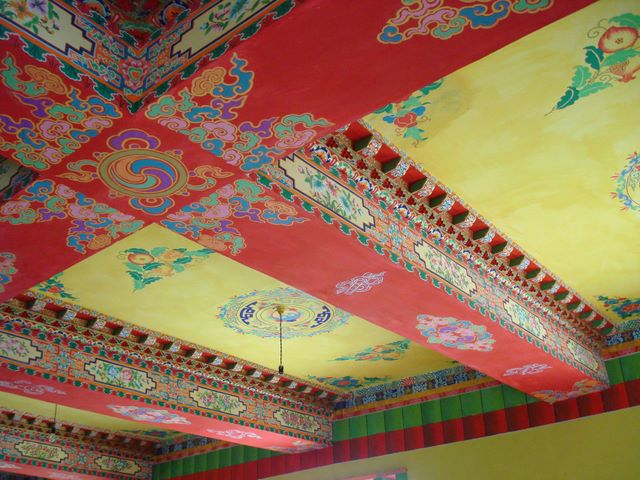 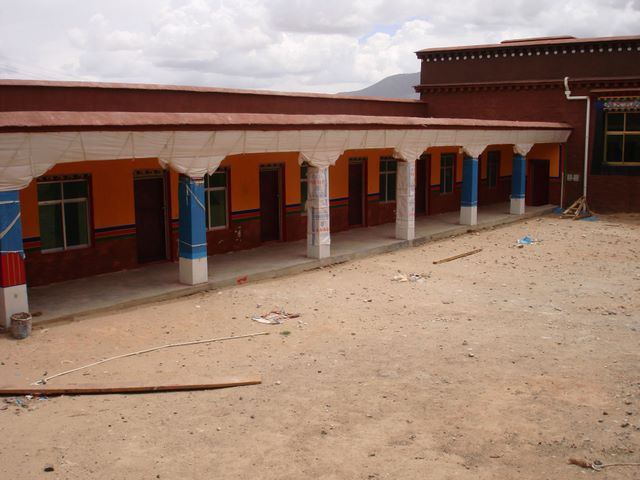 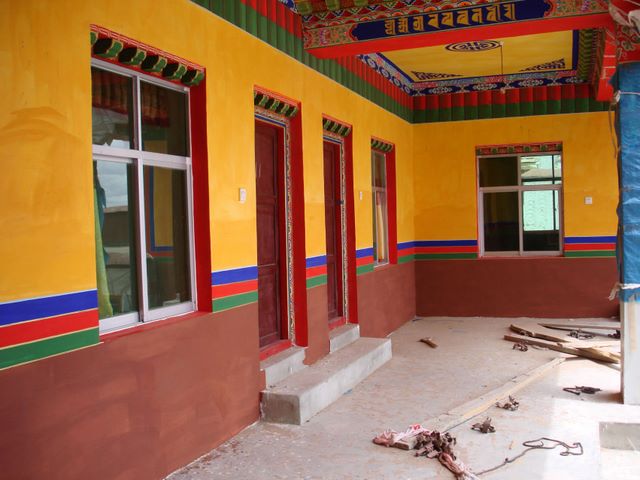 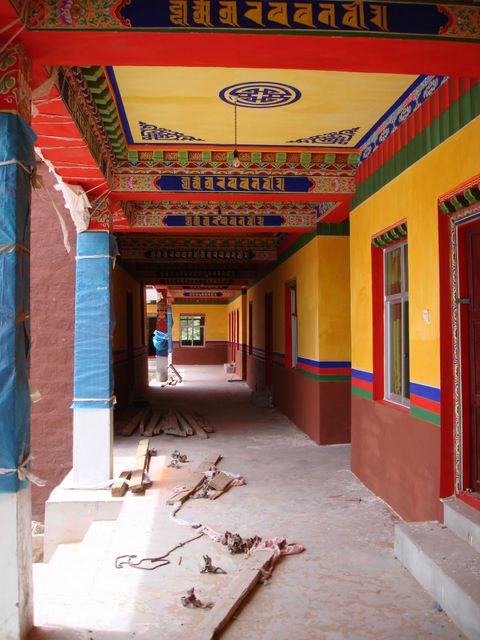 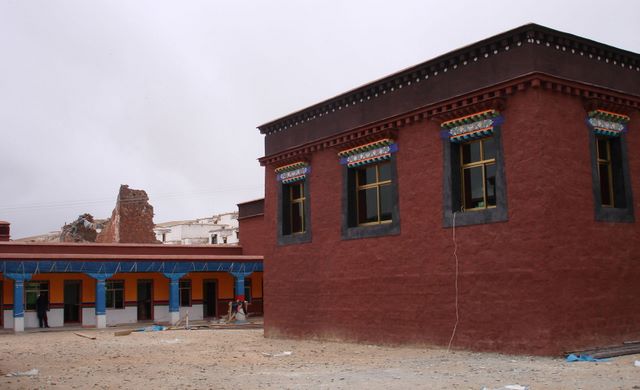 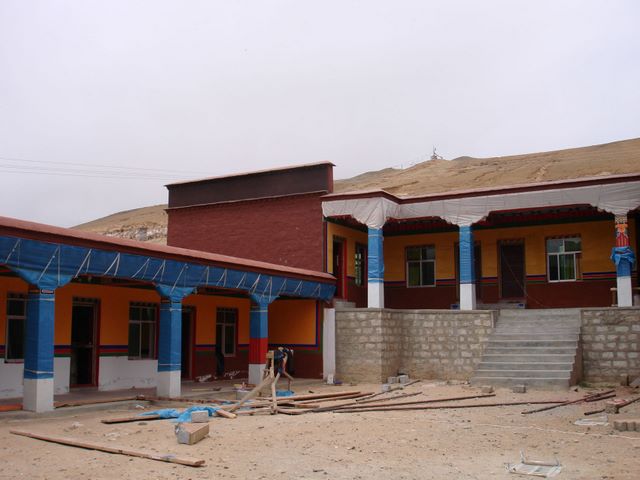 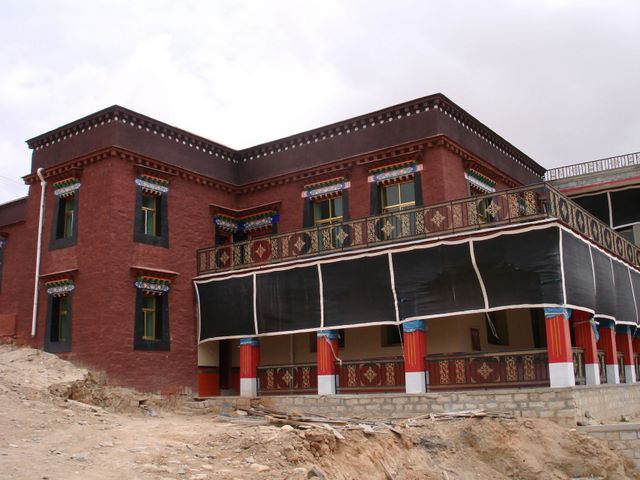 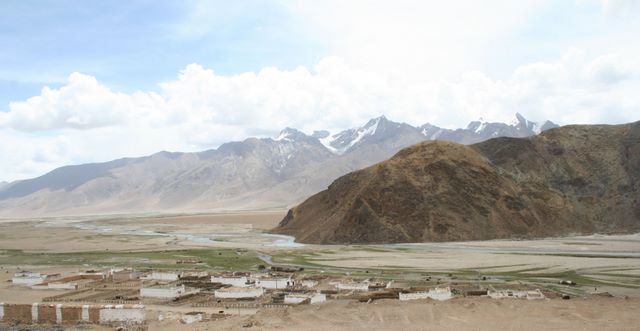 A war followed between the Gorkhas of Nepal and the Tibetan government in Lhasa. An intervention by the army of the Chinese emperor on behalf of the Tibetan government repelled the Gorkhas. In the meantime, Shamar passed away in Nepal and the emperor banned the recognition of future Shamarpas. At that time, the Tibetan Regent confiscated Shamarpa’s monastic seat at Yangpochen and handed it over to Ganden, one of the largest Gelugpa monasteries in Tibet. Since then, until 1959, this was a Gelugpa monastery.

1963, the monastery was completely destroyed by the Cultural Revolution. During the destruction, the Red Guard attempted to destroy 6-meter tall golden stupa which housed the bodies of the 4th and 5th Shamarpas. Upon removing the body of the 4th Shamarpa, they found that its hair had been growing and reached the elbows. They attempted to destroy the body, beating and burning it. Despite their efforts, they could not destroy the body. This frightened the Red Guard, and they fled the scene.

The local people decided to bury the body in the earth to hide it. One of the diggers accidentally nicked one of the 4th Shamarpa’s arms with a pickax and it bled.

After Mao Zedung died in 1977, the new leaders eventually allowed the restoration of many monasteries in Tibet. The local people voluntarily started to restore Yangpochen in 1983. At that time they dug up the body of the 4th Shamarpa. The pickax wound was healed, with only a scar. Since it was still too early to openly exhibit Buddhist faith, the local leader decided not to publicize this event. So they built a stupa for the body inside a new temple, constructed in the ruins of the original Yangpochen, and also a retreat center.

At that time, the lamas decided to convert the monastery back to Kagyupa, with the consent of the new government of China.

In 2006, Shamar Rinpoche began building a new Shedra (Buddhist college for highest study of philosophy) at Yangpochen. Currently the shedra is in the painting stage. Here are some photos of the current construction at Yanpochen Monastery.

Mr. Danyur Hung of Hong Kong is serving as architect.